All about our campfire grill:

No more bending over a smoky fire to adjust your grill. Our grill can be used from the comfort of your chair!

Our patented design utilizes lever action and self-leveling technology. To raise the solid stainless steel rod cooking surface, simply push down on the handle while pulling the height adjustment pin. Portable and easy to set up.

Designed and built in Wisconsin, U.S.A.

How Much Weight Can It Hold? (click to view)

One question we always get asked about the Buzzygrill Deluxe is “how much weight can it hold?”

My answer is this, it all depends on what type of soil the stand is in. We have cooked 10 pounds of chicken on our grill with the stand in sand without a problem. Very loose sand and you may want to put some fire wood on the stand just to be safe.

After a night of rain, we tested the Buzzygrill Deluxe in some good sod. First we tried a 40 pound cement block. The mechanicals held up no problem, but it did start tipping over. I was able to raise and lower the grill with one hand while standing on the stand.

So, I’m going to put a weight limit on our grill at 20 pounds.

With that said though, it was cool to see it actually handle 40 pounds without breaking or bending. So if you’re looking for a grill to cook cement blocks on, well…

I’m pleased to announce that the Buzzygrill Deluxe now comes with a cool little attachment (at no extra charge) for holding a cast iron skillet and a dutch oven! 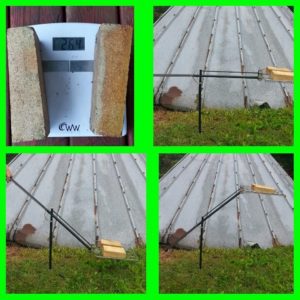 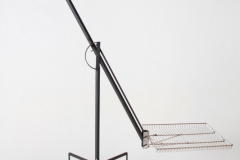 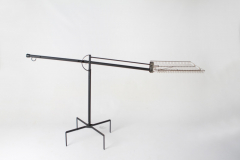 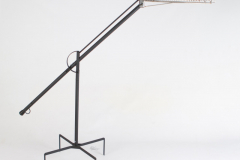 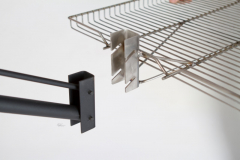 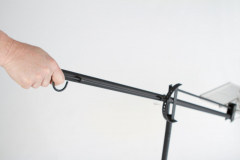 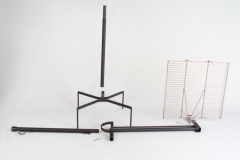